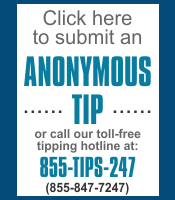 *** update 01OCT18 *** Canine Hugo was laid to rest after a sudden and unexpected illness cut short his life. Hugo served the citizens of our nation with the U.S. Army in Afghanistan and the citizens of Bethlehem Township for the past three years. Hugo was six and one half years old.

K9 Hugo also assists officers in clearing buildings in which a suspect might be hiding. K9 Hugo is a tool with many functions that helps the Bethlehem Township Police Department and its officers "take a bite out of crime".